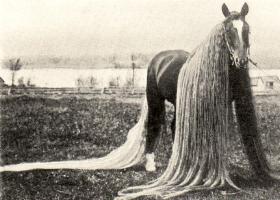 Years ago when cable channels started to cater to segments of their audiences and developed whole channels devoted to one hobby or interest, I was thrilled when Animal Planet arrived on the scene. At first is was mainly about dogs and cats but soon other animal shows were added. Who remembers when “Animal Cops” showed up? I still remember being disappointed when there was still no horse shows but you can’t have everything. Then about 2 years ago it started to change…….for the worst.

While Animal Planet use to show animals in a positive light, that seems to have changed. Below I have listed just some of their shows on their current line-up with comments about each one.

Infested
A show about infested homes. From spiders to snakes, these animals are treated as pests to be gotten rid of. This show is strictly made for shock value and even Animal Planets’ website says this about Infested “Each spine-tingling story is enhanced by macro-lens photography and stunning CGI recreations, which reveal how these critters strip humans of the four walls that protect them from the outside world. INFESTED! is more than enough to make everyone shiver and check twice under the bed.”

Infested has managed to turn Animal Planet into just another animal hating place to visited.

Off the Hook
A fishing show! Yes a fishing show on Animal Planet. It has the same charm as showing live executions on the Disney channel. Here is a quote from their website “Each episode of OFF THE HOOK: EXTREME CATCHES follows Young as he crisscrosses the country to try his hand at various fishing practices, ranging from wildly dangerous to all-out weird!”

Yes molesting wildlife at its finest.

Ice Cold Gold
This one is about gold prospectors in Greenland. I have no clue why this show is even in the line-up. Just because they work outside is no reason to be on Animal Planet. Next show might be road clean crew and show all the road kill they come across.

As you can tell I am no longer a fan of Animal Planet.