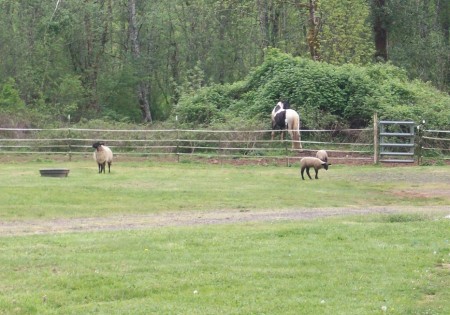 If you have livestock and live in the USA then you are aware of the dreaded pasture weed, Tansy also known as tansy ragwort. Tansy is deadly to all livestock except sheep. Sheep not only relish the weed they are immune to its toxicity.

If you don’t know what tansy looks like, this is it in bloom. It blooms in its second year and horses don’t particularly like the taste but when it dries out, the horses will eat it. Livestock that eats tansy will have kidney damage, and after eating about 50 pounds of the plant over a course of months or even years will die of the toxicity. 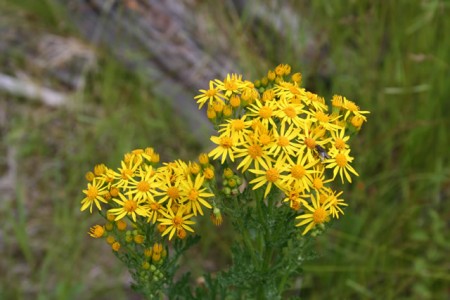 Here is a picture of the plant in its first year and is very toxic at this stage and sheep love it. 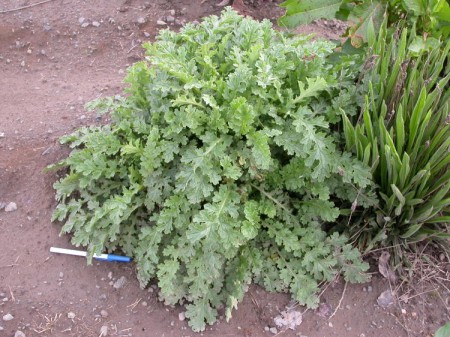 I first found out about tansy and sheep last year when I started to spot those pretty yellow flowers in my own pasture. I did research and found out about the sheep. It was no mistake that I also live in part of the USA that happens to grow the worlds largest crop of grass seed. The common sight to see here is sheep grazing on the huge grass seed fields for months before harvest. The sheep are used to not only keep the grass short but to remove weeds.

So this year we now have sheep to get our tansy weed problem under control. I also like the big bonus, they will also eat the wild blackberry bushes that seem to have taken over part of one of our pastures.

The sheep will not only get rid of this years crop of tansy but will be kept around for several years to come because tansy seeds are viable for up to 10 years. The sheep are also friendly and love attention so that is a plus for me.