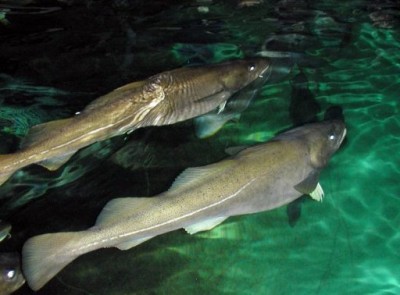 There is shocking news that over fishing in the North Sea has destroyed the cod population. Mature cod are the only ones that can reproduce and those numbers are falling fast. It is estimated that there are less than 100 adult cod in the North Sea. The cod can reach a length of 6 foot and live up to 25 years. Last year there was not one fish caught that was reported to be over the age of 13. There were plenty of cod caught that were under the age of 4 years old but at that age they are not mature enough to breed.

Next time you are eating fish and chips, think of the cod that is more than likely the fish in your meal.